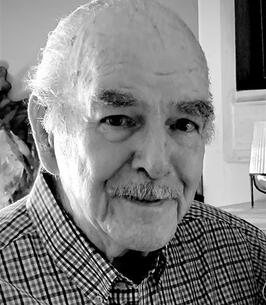 Longtime resident of Enid, Oklahoma, Sidney Lewis “Lou” Meadors passed away in the early
morning of Saturday, July 2, 2022. He was 92. Lou was a devoted husband, family man, hard worker and good friend to many. He and his wife Pat attended First United Methodist Church in Enid since 1970 and Pat preceded him in death in 2014.

Lou was born in Oxford, Georgia on May 16,1930 to Thompson Delaware Meadors and Ora
Alene Muse Meadors. He was the youngest of 13 children and grew up working in his father’s general store. All of his siblings preceded him in death.

Lou joined the Air Force following high school in Covington and was privileged to do extensive
travel around the world. While stationed in Oklahoma, he met a young widow
on a blind date. Patricia Joan Barr and her three young children Bill, Marlis and Brenda
eventually became Lou’s family and they lived in Perry, Oklahoma until they were transferred to Itazuke Air Force Base in Fukuoka, Japan. By that time, Pat and Lou had added son Gregory Lee Meadors to the family. After a 3 ½ year stint in Japan, Lou was transferred to Maxwell AFB in Montgomery, Alabama. He and the family lived in Prattville, Alabama until he retired from service and moved to Enid.

Lou was a recognized face around Enid, working at the Oklahoma State Employment Office, volunteering at Bass Hospital and First Methodist Church, and participating in various organizations. He enjoyed his hobbies of photography and woodworking and was an especially familiar face at the golf course. He walked and carried his clubs well into his 80’s when he finally allowed himself the use of a pull cart.

Lou loved life and his brand of humor may have been the origin of the Dad joke. He was at least an early adopter. He and Pat enjoyed traveling after they became “Empty Nesters”. They spent time with family, their eight grandchildren and 11 great grandchildren. They also had a large group of extended “grandchildren” from church, watching the kids grow up from toddlers to young adults.

Lou was a hugger and enjoyed giving and receiving hugs with his many friends. He often
commented that he wanted to live to 100 but we know he is happy to be in the presence
of God and greeted with hugs from Mom and other loved ones that he has missed so much.

In lieu of flowers, the family encourages donations to Circle of Care (circleofcare.org), with Ladusau-Evans Funeral Home serving as custodian of the funds.

Condolences may be made and services viewed online at www.ladusauevans.com.